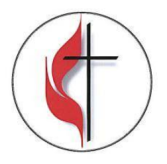 Seventh Sunday After the Epiphany—February 24, 2019

“This is the greatest moral question now before our people…. Resolved, that the time has now come when the church, through its press and pulpit, its individual and organized agencies, should speak out in strong language and stronger action in favor of the total removal of this great evil.”1

These words are from a statement made by the Methodist Episcopal Church South in 1886. The “greatest moral question” they were addressing was the consumption of alcohol.

In 1774, Methodism’s founder John Wesley wrote a tract called “Thoughts on Slavery,” wherein he attacked the slave trade and the people who participated in it and profited from it with considerable passion. In it, he also a boycott of slave-produced sugar and rum. Then at the end of his life, in 1788 when the abolition campaign was at its height, Wesley preached a sermon in Bristol, which was one of the foremost ports of the slave trade when an anti-slavery sermon could not be preached without considerable personal risk to the preacher. As such a disturbance broke out.2

John Wesley famously said of slavery: “Give liberty to whom liberty is due, that is, to every child of man, to every partaker of human nature. Let none serve you but by his own act and deed, by his own voluntary action. Away with all whips, all chains, all compulsion. Be gentle toward all men; and see that you invariably do with every one as you would he should do unto you.”3

Yet, fifty-six years later, after Wesley’s death,  The Methodist Episcopal Church in America would split over the issue of slavery and would stay divided for almost a century.

“The ministers of our Church shall be prohibited from solemnizing the rites of matrimony between divorced persons, except in case of innocent parties who have been divorced for the one scriptural cause [adultery].”4  Church polity permitting divorce for reasons of mental or physical cruelty were not added to the Methodist Episcopal Church Book of Discipline until 1932. Our church polity did not recommend premarital counseling of couples by clergy until 1948. The language in our Discipline stating that clergy could be charged with “maladministration” (and thus potentially defrocked) for marrying divorced people was not removed until 1966.

In 1938, just prior to its merger into the Methodist Church in 1939, there was still a paragraph in the Discipline of the Methodist Episcopal Church, South which read: Women Not Recognized as Preachers-Our church does not recognize women as preachers, with authority to occupy the pulpit, to read the Holy Scriptures, and to preach, as ministers of the Lord Jesus Christ; nor does it authorize a preacher in charge to invite a woman claiming to be a minister of the Lord Jesus Christ to occupy our pulpits, to expound the Scriptures as a preacher. Such invitations and services are against the authority and order of our Church.”5

The American Methodist theologian Georgia Harkness writes: “In the [Methodist] General Conference of 1952, after repeated attempts to secure full clergy rights for women in successive General Conferences had been rejected, the matter came up in, its closing moments. It was passed over rapidly with the usual rejection, to the accompaniment of considerable laughter. I may be divulging some unwritten history when I say that some of the women present resolved that it was no longer to be treated as a laughing matter!”6 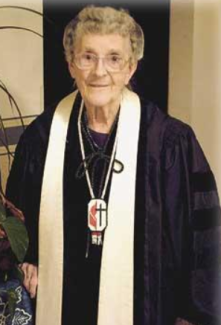 Women would receive full clergy rights in our church in Minneapolis,Minnesota on May 4, 1956, yet the male pronouns used for clergy in our church law would not change for eight more years. Grace Huck ordained into probationary status [as a pastor] in the Dakotas Conference as a result of this historic vote, and she was received into full connection [as an Elder] two years later in 1958. She recalls the resistance to her ministry by a male member of her church in one of her early appointments. She has been quoted as saying that when the district superintendent told the congregation he was appointing to them a woman minister, one man shouted, “there will be no skirts in this pulpit while I’m alive.”

And this week as the United Methodist General Conference meets in a special session to consider matters of marriage and ordination of LGBTQ persons, it feels in so many ways like the old is new again. As the author of Ecclesiastes writes, “What has been is what will be, and what has been done is what will be done; there is nothing new under the sun.”

Yet that is not our scripture for today. Today’s scripture is about resurrection, and it is the best news of all.

This is our sixth and final sermon in our “Why Church?” series, time we have spent entirely in Paul’s First Epistle to the Corinthians. The last half of these sermons have dealt exclusively with different parts of the fifteenth chapter. As such, we have had much talk about resurrection lately. In the midst of great tension in our own time, in earshot of the distant thunder of schism, God’s word keeps speaking to us a message of newness, new beginnings, hope in the midst of despair, and life in the midst of death itself.

The problem Paul is dealing with in this morning’s text is best understood against the backdrop of the situation he is addressing throughout his Corinthian epistles: how is the gospel message understood, proclaimed, and lived in a diverse yet very much divided church? In his Corinthian epistles, Paul is attempting to hold this important congregation together while not equivocating on what he earnestly believes to be true.

As such, when read in today’s church, Paul is most certainly a pastor’s pastor. A man after my own heart.

In last Sunday’s text, Paul maintains that since Christ has been raised from death, so shall we. Today. Paul negates the argument that the dead cannot be raised because a dead physical body cannot be raised, arguing instead that the resurrection body differs from the physical body, that because Christ rose from death, we bear his image, his heavenly image. Furthermore, by stating that even though our physical bodies experience the perishable “dishonor” of weakness and death, our God raises us in glory and power with new imperishable bodies. For Paul, God’s grace, love, and especially God’s power are great such that they can never be restrained by what appears to us to be final, what appears to us to be death.

First, I believe that it tells us that our God is in the business of life, and that our God can see life in places where we cannot. Elijah raises a little boy, a widow’s son from death. Jesus stands outside a tomb and says to a dead man “Lazarus! Come out!” Our Lord succumbs to our death in order to defeat it forever. It would be one thing if we had the kind of God who taught us to love God, be nice to one another, to help those in need, to love our enemies, feed the hungry, and clothe the naked, and then at the end of our lives gazed upon this dying mortal coil and proclaimed, “Good luck with that. It’s been nice.”

No. Instead, God begins at the end and works backwards to life. Death is defeated, the worst thing is vanquished, we are set free to be the people we were always designed to be, to do justice, to love kindness, to walk humbly with our God. We are set free for the often difficult demands of discipleship, and we are liberated from fear, the fear that no matter what we choose to believe about God, death wins in the end and religion is just a framework of mind control to enable us to make sense of the brutal reality of it.

And when we do, as he did to the Corinthians, Paul calls us all “fools,” saying “If there is a physical body, there is also a spiritual body,” for our God, is a resurrecting God, and this is the promise that frames every other claim, every demand, and very promise the Christianity makes.

So then, “Why church?” Because we are the very people whose life and witness teaches, reminds us of, and proclaims that message, a people whose story is nothing less than the story of the power of new life in our midst and victory over death. Because we are God’s alternative to the lie that this physical world is all there is so you better make the most of it and get yours. Because we are the place where the resurrected Christ has uniquely chosen to align himself, with us, come what may, for nothing less than the salvation of the world.

If our God truly can bring new life in our midst, and if that new life means the old life needs to die like a seed planted in the ground, where is God bringing new life in our midst today?  What in my life, your life, or our life together needs to die so that resurrection can take place? What old patterns of thought, belief, and action need to be resurrected so that we can embody the new life Christ gave his life to bring?

What will we say and do, this day and everyday, that will echo in eternity, and how will generations yet unborn regard the things to which we cling so tightly refusing to let go of, refusing to plant in the soil that is the hope of God, so that God can resurrect and bring forth much fruit? How will future generations read our history, remember our legacy, and see the light and love of Christ in what we decided to do with our time on earth on this side of glory?

When you consider the past, when you look at old photos and you gaze into those sepia-tinted faces, what do you wish they knew? What would you tell them that it is OK to let go of? And what can they teach us that can help us live better today as disciples of the One who is light and life, in whom there is no darkness at all?

Denominations will always come and go. God did not create them and God only permits them amidst our hardness of heart because God is gracious and merciful, and because of that mercy and grace, God works through them, though us in the midst of where we get it right and where we get it wrong, because if death itself cannot stop God, then neither can our sin. As such, our God rejoices when we get it right and our God has grace that covers us when we get it wrong which is freedom and hope for us and for the world, for our God has liberated us from the paralyzing fear of failure and set us free to reborn and to live.

One more story of resurrection to carry us into all that is to come: The Rev. Grace Huck, the Methodist pastor ordained in 1956, the one of which the soon-to-be parishioner, upon learning she was coming to his church shouted at his district superintendent “There will be no skirts in this pulpit while I’m alive.” That man actually managed to hang in there with his congregation, even when he did not get what he wanted, what he believed to be right, and as time passed, sermons were preached, babies were baptized, the bread of life was broken, and the dead were buried, he learned to hang in with his pastor, Rev. Huck, and according to her became one of her biggest supporters in the church.

God is the God of life, and God is always afoot. There is resurrection everywhere. Do we have eyes to see?

1. Alexander; Gross, A History of the Methodist Church, South in the United States, 1904.