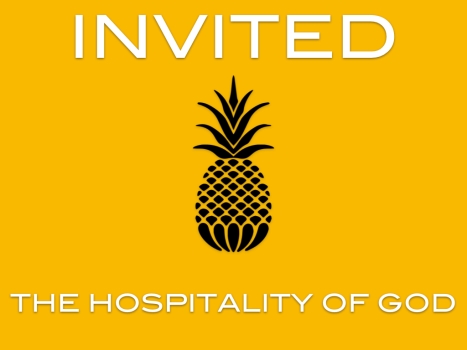 No one has ascended into heaven except the one who descended from heaven, the Son of Man. And just as Moses lifted up the serpent in the wilderness, so must the Son of Man be lifted up, that whoever believes in him may have eternal life. “For God so loved the world that he gave his only Son, so that everyone who believes in him may not perish but may have eternal life. “Indeed, God did not send the Son into the world to condemn the world, but in order that the world might be saved through him.”

“What you need to do,” said my wife Tracy last Sunday afternoon, “is to go and help your daughter learn to drive. You need to let her drive for thirty minutes. Write it down.” Then, she suggested her favorite large parking lots. This would be the first such adventure for Ellen and me.

The thought of driving in circles around a parking lot for a half-hour was more than I could handle, yet I wished for somewhere safe, away from other cars and pedestrians, so we decided for Ellen to practice driving on the paved, rolling pathways of the Westhampton Cemetery. The cemetery backs up to the neighborhood of my childhood, and my brother and I used to ride our bikes there, never dreaming that one of us would travel those same roads with a teenage daughter taking those first frightening steps towards adulthood, freedom, and a life without dependence upon me.

I was so proud of Ellen and the job she did, yet to my surprise, I was almost equally proud of myself, specifically, the remarkable calm I was able to project, almost like some cool, hipster, smooth-jazz DJ: That’s right baby, just turn to the left. Very nice. Careful now, turn a little more—we don’t want to drive on that grass. Not too fast, not too slow. Wait, that’s the parking brake not the regular brake, baby. We are going to turn just a bit so we don’t hit that parked car ahead of us. That’s an intersection, so we are going to stop.

All of which is utterly amazing because on the inside, I was freaking out, surprised Ellen could not hear all the screaming inside my head.

As I think about it, the screaming does not simply come from the fact that I am belted and locked inside a two-and-a-half ton minivan with someone only beginning to learn to drive it. Instead, it comes from what it all symbolizes, what it all means. It comes from the dawning realization that the new freedom my daughter is newly discovering is freedom from, well, me.

There was a time in my life since I have been at Reveille where I could speak at a baccalaureate service and make light-hearted comments about what a milestone high school graduation is for not only the students but their parents as well. However, as I did so this year at the service in our sanctuary for the Maggie L. Walker Governor’s School, it hit me all at once: next year man, next year. Next year, Tracy and I get to be the parents at Freeman’s graduation, and it is all getting so very real.

I have seen this from a certain distance in the lives of so many of you, especially lately, as I have heard stories and seen Facebook posts where young people are dropped off at college. And not only that, but first days of kindergarten, first days of middle school, even those first days of preschool when you take that last look as you leave the room, and you feel that hard, hollow feeling you get when your baby gives you that confused look, wondering why you are leaving, wondering if you realize that you have forgotten something, someone.

From the moment children learn to roll over, they begin that process of moving away from us. Throughout their lives, we hope to release them into the best, safest, most wholesome of environments. We bring them home for the first time into safe houses. We do our best to raise them in safe neighborhoods. We trust that we have dropped them off at the best and safest of all schools. We encourage them to choose the best careers and best life partners, all of it because we ache with love for them we pray for them the wisdom, the strength, all of the equipping they could ever need because as we learn to give them to the world, we wish for only the best of all worlds for them, for the rest of their hopefully long, long lives.

John writes in today’s text “For God so loved the world that he gave his only Son, so that everyone who believes in him may not perish but may have eternal life. Indeed, God did not send the Son into the world to condemn the world, but in order that the world might be saved through him.” In these short verses, words which Martin Luther referred to as “the gospel in miniature,” we encounter such a stark contrast to the ways in which we raise and release our own children. It is difficult enough to watch them move into the best of all circumstances. And yet, God’s child comes to us, comes to our circumstances, comes to our world.

All because our God regarded and regards us in all of our depravity, brokenness, injustice and sin and somehow sees a world worth loving, not because of who we are, but because of who this God is.

The remarkable thing about this morning’s text is not merely how generous it reveals God’s love to be, but how expansive God’s love is. It is pure grace, all of it unearned. I wonder if sometimes we unconsciously believe that God gave us Jesus hoping against hope that we would somehow rise to the occasion and become perfect saints instead of the sinners we are, as if God was somehow surprised by the cross and how it all turned out, as if God did not know what God was getting into when God gave us Jesus.

Yet that is not the God we have.

In a few moments, we will celebrate Holy Communion and in our hymnal, there are words of pardon that come after the prayer of confession, words penned by Saint Paul in his Epistle to the Romans, words for Christians in the city where he would lose his life, words that say “Christ died for us while we were yet sinners, proving God’s love for us” As such, we know that God’s love for the world was not and is not predicated upon what we can someday be. Instead, God’s love embraces us where it finds us, as we are.

The problem with the expansive nature of God’s love is that by loving the entire world, God has somehow found a way to love all of the wrong people. Sometimes, if I am honest, I find myself wanting to believe that God works like a fisherman, scooping up a gigantic harvest from the sea, the nets nearly bursting from the immense load of diverse aquatic life, knowing that there are creatures in that net that God will certainly throw back, opting for only the finest catch— the slimy eels, the stinging jellyfish, the ugly sugar toads, and of course, those deadly sharks—all to be returned to the sea. Still, God throws back nothing, nothing at all, for God wants all of it, every last one.

How different, how much easier would it be if God’s love was as exclusive, or at least as conditional as yours and mine? How much easier it would be to embrace an exclusionary gospel, one that could be instead miniaturized into a verse that read “For God so loved the world except…” or “For God so loved the world except for those who won’t toe my line,” or “except for those who fail to meet the strict qualifications that I will helpfully provide to God. We humans have been trying to make God into our own image, with our own likes and dislikes since before the ink on the scriptures was dry, and it never, ever works. There is a story demonstrating this in the Gospel of Mark, chapter ten. It tells of a blind man named Bartimaeus who the disciples thought was not worthy of God’s attention.

It didn’t work for them, either.

Anne Lamott writes of this kind of love saying “This drives me crazy. That God seems to have no taste, and no standards. Of course, by the same token, on most days, this is what gives some of us hope.”

I was driving home from worship one Sunday several months ago and listening to a radio program featuring social scientists who study religious practices and trends in America, and they were sharing how their research shows that the congregations that tend to be growing right now are ones who do not preach and teach of a God of grace and mercy. Instead, these congregations preach and teach of a fearsome, judging, punitive, damming god. These researchers gave no indication that they saw any change on the way to this reality.

And yet, in the verses just before the ones I just read, Jesus tells a leader of the Pharisees named Nicodemus that the world was already condemned before Jesus, God’s only son, God’s child got involved. There was already plenty of judgement to go around and no way out, so God acted, for you, for me, and for this world, a world loved when it was, and is, completely undeserving of that love.

The sermon series we begin today is called “Invited: The Hospitality of God.” It seemed like a good theme for a new program year. I began this series with this beloved text because the challenge for the church throughout the ages, today, and into the future is for the people of God to fully offer hospitality that reveals the kind of love we hear in today’s reading. But not only that, for us, for you and I together to covenant to be the kind of church, both when we are together and when we are apart, who reveals the kind of sacrificial, generous, expansive love we have read about today so that we can offer this community nothing less than the hospitality of God.

What would that kind of church look like, feel like, speak like, pray like, and act like, and do we together have the courage to birth it into being, for the sake of a people, a city, a world that our God gave God’s own and only son to save? What then?