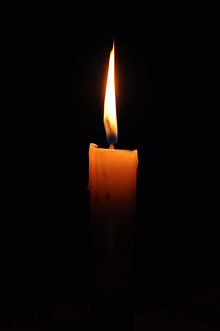 In her book Encounters With Jesus: Studies in the Gospel of John, Dr. Frances Taylor Gench draws an important distinction between the Gospel of John and the gospels of Matthew, Mark, and Luke. The three synoptic gospels are so named because they share a common source, and as Gench points out, they are written so that the reader will understand Jesus to be the great culmination of God’s work on earth, which began with creation and continued with God’s covenants, law, and prophets.

By contrast, the goal of John’s gospel is not to place Jesus in an historical timeline but instead to show that Jesus is the Christ, the incarnate Son of God, co-eternal with the Father. In fact, John’s purpose statement for writing his gospel can be found at the end of chapter 20, where he says “Now Jesus did many other signs in the presence of his disciples, which are not written in this book. But these are written so that you may come to believe that Jesus is the Messiah, the Son of God, and that through believing you may have life in his name.”

As I read the Gospel of John, this is evident to me in how very certain Jesus is in regard to who he is in relationship with God. For example, in John’s gospel, Jesus does not perform miracles. He performs signs, signs of his unique and salvific identity. Also, the Gospel of John is the book of the Bible that features Jesus’ “I am” statements, where Jesus refers to himself saying things like “I am the good shepherd,” or “I am the gate,” or “I am the way, the truth, and the life,” or “I am in the Father, and the Father is in me.”

All of this is to say that in John’s gospel, Jesus is just so consistently, convincingly, and confidently sure of himself and his unique call and relationship to God. As such, this evening’s text is blindsiding, disarming, unsettling, even. Throughout this fourth gospel, Jesus seems to talk a good game about his power, what with all of his signs and talk about eternal life, that is, until he stands before a grave, knowing that the body of a dear friend lies inside.

Upon learning that Lazarus has died, something that may not have transpired if Jesus had not taken his sweet time arriving the scene, Jesus actually proclaims to his disciples that “Lazarus is dead. For your sake I am glad I was not there, so that you may believe.”

More confidence, more certainty, and then, something beautiful and miraculous happens: As Jesus arrives, he encounters grieving people and suddenly, everything changes. It begins in verse thirty-three when Jesus witnesses the weeping of Lazarus’ sister Mary as she accosts him through her tears saying, “Lord, if you had been here, my brother would not have died.”

If you had been here…

And Jesus is touched, overcome by the grief all around him. John writes that Jesus was “greatly disturbed in spirit and deeply moved.” And as they show Jesus the grave, Jesus begins to weep (the original language indicates loud sobbing by Jesus). Jesus is anguished enough that even the people who were his detractors had to confess that it was apparent that Jesus dearly loved his departed friend Lazarus.

In a letter dated February 23, 1947, the English author C.S. Lewis writes, “God could, had He pleased, have been incarnate in a man of iron nerves, the Stoic sort who lets no sigh escape Him. Of His great humility He chose to be incarnate in a man of delicate sensibilities who wept at the grave of Lazarus and sweated blood in Gethsemane.”

I have to admit that the story would still have been important and still would have accomplished John’s stated goal of demonstrating that Jesus is the Messiah even if a stoic, confident Jesus had simply arrived in Bethany and triumphantly raised poor Lazarus from the dead. It would have been yet another sign of Jesus’ unique power, even over death itself.

And yet, this is not the kind of God we have. Instead, we have a God who arrives at the funeral home and weeps with us, grieving simply because we are grieving.

William Muehl underlines this point, writing “One December afternoon … a group of parents stood in the lobby of a nursery school waiting to claim their children after the last pre-Christmas class session. As the youngsters ran from their lockers, each one carried in his [or her] hands the “surprise,” the brightly wrapped package on which he [or she] had been working diligently for weeks. One small boy, trying to run, put on his coat, and wave to his parents, all at the same time, slipped and fell. The “surprise” flew from his grasp, landed on the floor and broke with an obvious ceramic crash. The child … began to cry inconsolably. His father, trying to minimize the incident and comfort the boy, patted his head and murmured, “Now, that’s all right son. It doesn’t matter. It really doesn’t matter at all.”

But the child’s mother, somewhat wiser in such situations, swept the boy into her arms and said, “Oh, but it does matter. It matters a great deal.” And she wept with her son. (1)

As Jesus arrived on the scene in Bethany, he easily could have arrived in glory, power, and strength, proclaiming his great authority over death itself and punctuating it with one more of his “I am” statements. He could have come speaking, as he did with Nicodemus eight chapters earlier about a God “who so loved the world that he gave his only son, so that whoever believes in him shall not perish but have eternal life.” He could have come singing hymns about heaven and how, on a long enough timeline, everything is going to be alright.

Instead, Jesus arrives at the funeral home in the midst of the ache, the persistent absence and heartbreak of grief and just dwells there with the grieving, sharing their tears, and listening to their heartache.

When I was a much younger pastor, serving in the rural hinterlands of Prince George County, a woman in one of my congregations approached me after a church luncheon one Sunday afternoon and told me that she was going to a visitation for a man she knew, and she did not know what to say or what to do. The deceased was an elderly man who had been accidentally killed in a freak automobile accident by his adult daughter, and the woman in my church was so terribly afraid of saying the wrong thing. She did not seem to be sure that she should even go to the visitation at all.

My counsel to her was heavily informed by tonight’s text. Make sure you go. If there is time to speak, God will give you words of grace. Most likely, what your friend will remember about tonight is how on the worst day of her life, you were there.

Of course, tonight’s text indeed concludes with Jesus’ power over death, bringing Lazarus back to life. Yet, I daresay that we skip to the end of this long story at our peril, for if we do, we miss the kind of God it reveals, the God of compassion, the Lord of mercy, the savior of the broken-hearted. Jesus just has this way about him that enables him to know when to arrive in the midst of our anguish and join with us so that we never face it alone.

I once had in a congregation I served and elderly couple in their eighties, both of German heritage, named Gene and Marian. Gene was a veteran of the Navy in World War II, a musician who would never allow me to leave his home without hearing him play a song on the grand piano in his front room that he always proudly reminded me was shipped to the states all the way from Germany.

Over the years, I became quite close with this couple. In time, I would preach at both of their funerals—Marian died a few years before Gene. He always had stories he loved to tell me, and it never mattered if I had heard them before. He loved to tell me about how, when he was studying music in Ohio, the students from the nearby Lutheran seminary were fond of hanging around the conservatory because they were, in Gene’s words, “looking for a future wife who could play the piano in their church.”

He also told me about the long, daily walk he had to make between the his classes and his dormitory, a walk he made each time carrying a large bass drum. He told me how heavy it was and each day, as he made that walk, he would encourage himself by saying “One more step, Gene. One more step.”

Faithfulness is seldom the result of grand gestures or profound accomplishments on our part. It is instead trust in the grand gestures and profound accomplishments done on our behalf on God’s part. Thus, the promise of tonight’s text is simply this: We never make those arduous steps alone, for Christ, this “man of delicate sensibilities who wept at the grave of Lazarus,” abides with us, sometimes in the life and witness of the people around us, sometimes in mystical and mysterious ways that we cannot ever fully comprehend.

We are here tonight, and that is a step. We pray the prayers and we sing the songs — two more steps. We hear the word read and proclaimed, and that is yet another step. We light candles to fill the darkness with flickering, hopeful light, still another step. So far, we’ve made five steps together tonight. May our God abide with you in all of your steps of faithfulness, however small, this day and every day, until we all shed these earthly garments to wear the raiment of heaven. Until then, we are not alone. We are never alone.